This is the first in a series called STRANGE LABS where we explore, or try to create, new techniques. This section has been developed to inspire new thinking in our own genre, by fusing old and new, and drawing on new inspirations that haven't yet worked their way into the wedding photography genre.

When in doubt, turn it around.

What does a couples shoot look like if, instead of delivering 500 images, you deliver 500 poses in one image?

The fabulous J & A came along for this vision: the ultimate double-triple-quadruple-500-uple photograph, and the first time anything this ridiculous has been attempted for a couple shoot.

Backstory and evolving the concept

Back in 2019 I began experimenting with cutting out images of couples to isolate them, and create movement with GIFs taken from weddings. I hadn't yet seen this done, and it seemed like a really useful way to explore the nature of relationships more from a "birds eye" perspective - and then to expand on that even further using animation.

Firstly, experiments were made using existing couples, including creating a socially-distanced conga line of every single couple i'd ever photographed, as well as some motion pieces.

From this, it baked the idea to explore the concept within the context of a single shoot. An initial test for this was done for a friends (Mykel Dixon) book cover, exploring techniques around isometric angles.

We took 1000 photographs of him. This is about two days of assembly compressed into a minute.

And now of the couple:

The aim of this image was to viualise an entire relationship in a single image. Essentially the aesthetic was a marrying ('scuse the pun) of a few of my pet loves growing up: 90's video games, Where's Wally, and jigsaws. I wanted to make a single image that you could look into and find something new in each and every time (read a little more on this Petapixel article).

How it was done

About 1000 images were taken over the space of a few hours, after first establishing a few ideas of the things we were going to shoot. But most importantly, there were a few rules, or "laws", that had to be stuck to throughout the process, or the end result wasn't going to work as it does up there. You can find out a little more about those further down.

For now, here's a timelapse of constructing the image, once they were cut out. This is about 3 or 4 hours compressed into one minute. 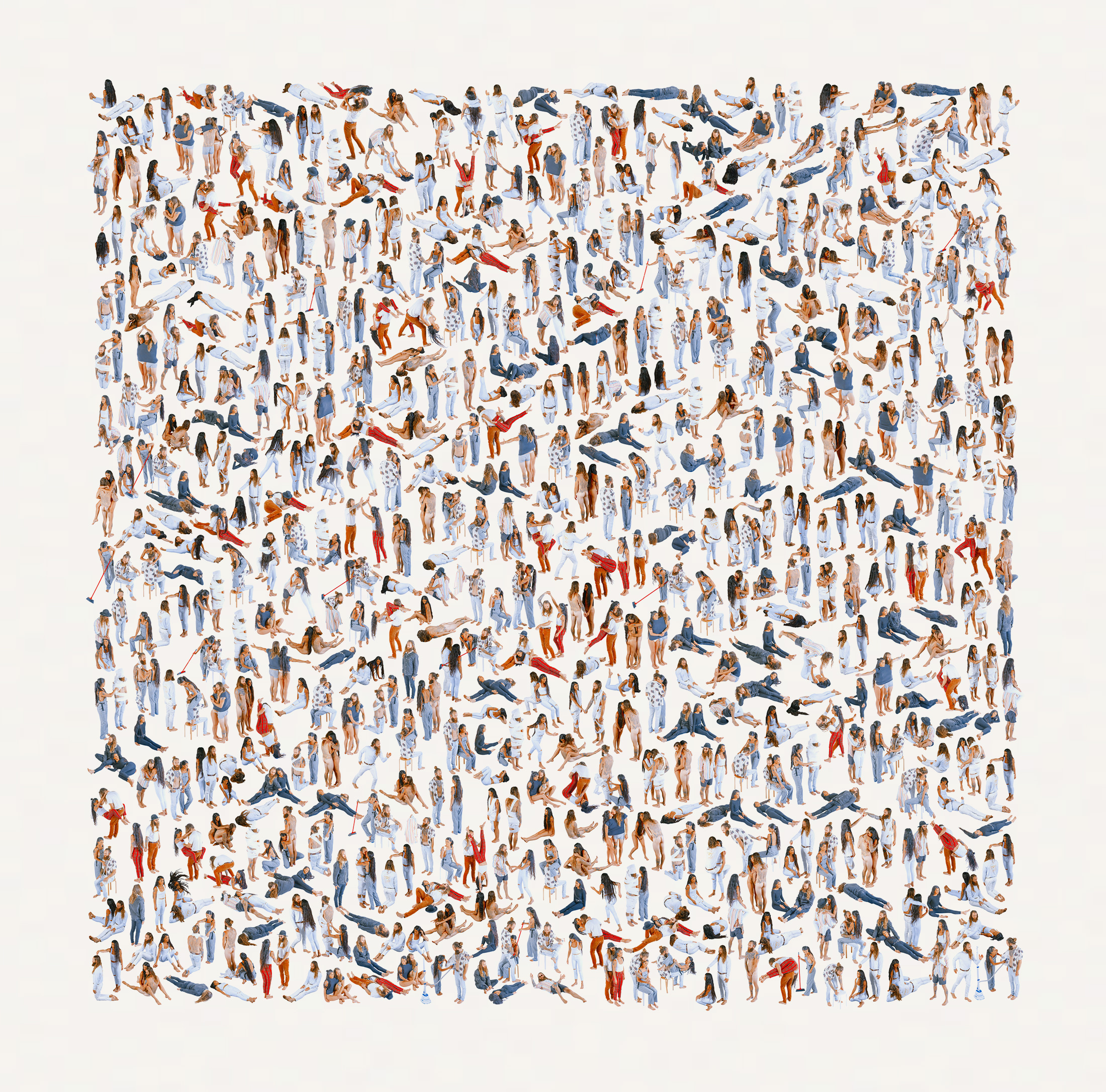 How you can make your own

ISOMANIACS is a short-course covering in detail the process of making one of these for yourself.

This will be released in the Strange Atlas drop 2 on November 1, and contains and end to end workflow on how to conceive, shoot and edit an image just like this yourself.

How to make your digital photos look like film